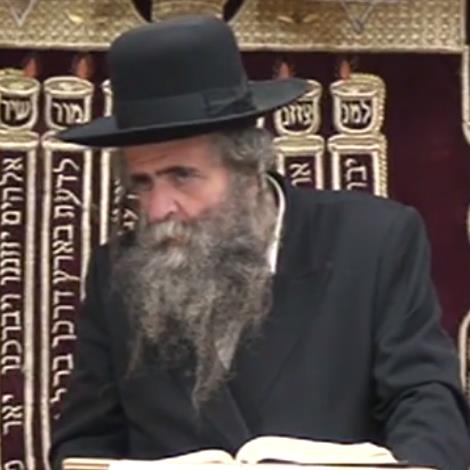 Language
ENGLISH
Download Stream
Share
Parshas Mishpatiam
Length: 24 min
Details
The Ibn Ezra makes the classic distinction between the two categories of Mitzvos, â€œChukim and Mishpatimâ€ at the beginning of his commentary to the Ten Commandments. Chukim are those Mitzvos whose reasons are not known to us such as Kashrus and Shaatnez. Mishpatim are the Mitzvos whose reasons are rational, such as honoring ones parents and not stealing. (Shmos Ch 20,1). We first find this distinction in the Torah at Marah, where we are told that Hashem gave Klal Yisrael â€œChok Uâ€Mishpatâ€ ( Sh. Ch 15,25). Our Chazal define â€œChokâ€ as referring to the observance of Shabbos andâ€Mishpatâ€ as honoring ones parents. (Mâ€™chilta) The Ramban explains that the Mishpatim were given to Klal Yisrael before Mt.Sinai in order that they should live an upright and ethical life while they were traveling in the desert, unlike the prevailing practice of other nations. Why, however, were they given Chukim before Mt. Sinai? Our Chazal tell us that Parshas Mishpatim begins with the word â€And these are the Mishpatimâ€ in order to indicate that the Mishpatim which follow were also given at Mt. Sinai just as were the Ten Commandments mentioned previously. (Mâ€™chilta) My Rebbe, Rav Rogov ×–×¦"×œ, explained that the Chazal are teaching us that even the Mishpatim which are rational, must be observed because they are commandments of Hashem which were given to us on Har Sinai, and not because we understand them. They must be observed with the same submission to Hashemâ€™s will as we observe His Chukim. This intellectual humility prevents us from rationalizing the non-observance of the Mishpatim. A very good example is given by our Chazal when they tell us that the majority of people are dishonest. Rashi explains that their dishonesty is the result of their rationalizing the prohibition against stealing, even though it is a commandment which is easily understood. (Baba Basra 165A) For this reason, Hashem also gave us Chukim at Marah. This was the only way that Klal Yisrael would be trained to observe the Mishpatim with the same discipline as the Chukim, without rationalizing. The Mishpatim would then be able to effectively guide our social behavior. For the same reason, the two tablets of the Ten Commandments were joined together and not separated. Hashem wanted to teach us that the social Mitzvos, bein adom le Chaveiro, on the left tablet are totally dependant on our belief in Hashem and the other Mitzvos on the right tablet which are the basis of our unequivocal acceptance of his commandments. Hillel was asked by a gentile to tell him the entire Torah while standing on one foot. He responded without hesitation, â€œa person should not do to others anything that he would not want to be done to himself. The rest of the Torah is commentary, go and study itâ€ (Shabbos 31 A). An obvious question implied by the Gemora is how does Hillelâ€™s answer include those mitzvos which concern our relationship with HaShem, Bein Adom Lemakom? It is possible that they are implied in his words â€œThe rest is commentaryâ€. The mitzvos Ben Adam Lamakom are a commentary to the Mitzvos Bein Adam Lechavero. They structure, reinforce and manifest our belief in Hashem and our total submission to His Divine Intellect; which must also be the basis of our observance of the Mitzvos Bein Adom Lechavero. Our Chazal comment on the verse, â€œYou should guard my Chukim and my Mishpatim, that a person should perform them and live by themâ€, that both verbs in the verse apply equally to Chukim and Mishpatim. The Rambam explains that guarding the Chukim implies that they should be guarded just as carefully as the Mishpatim, even though we donâ€™t understand their rationale. What however is the significance of guarding the Mishpatim? Based upon the aforementioned concept, "guarding the Mishpatim" may well apply to the fact that since we understand these mitzvos we must be careful not to rationalize their lack of observance. We must guard them as if they are Chukim and observe them unconditionally just as we are commanded to observe the Chukim because they represent the will of HaShem. (Sifra Achremos 134, H. Meila Chl. 8,8). This concept also helps us to appreciate the Rambam's definition of righteous gentiles as being the people who observe the seven commandments that were given to Noah and to his descendants. He qualifies his definition, however, by stating that it applies only if they are observed as divine commandments and not because their importance is understood. He states that those who observe them because they are logical are neither the righteous nor the wise of the gentiles. They are obviously not righteous because their observance is based upon their own understanding and not upon HaShemâ€™s will. Why, however, can they not be considered to be wise men? The answer is now obvious; they donâ€™t understand that an ethical system based upon intellect will succumb to the pressures of constant rationalization. The result would be that every one will do exactly what he wishes whenever he so desires, and still believe that he is a totally ethical person. (Hilchos Melachim Ch 8,11). May Hashem aid us to internalize the message that he taught us at Marah; to relate to the Chukim and Mishpatim with true intellectual humility and thereby subordinate our personal desires to The Divine Intellect of HaKodosh Boruch Hu.